Unsustainable happiness – the case of Canada

n 2016 Canadian citizens reported on average 7.4 out of 10 for their subjective well-being. They can also be expected to live to 81.7 years old. Compare that to its neighbours to the south, the United States, where citizens report on average just 7.0 for their subjective well-being and can be expected to live approximately three years less. Some might tout Canada a being one of the happiness stars of our planet, consistently ranking high in the happiness tables.I’ve been in Canada for nearly a month now. I crossed over from Washington state in the United States, first spending time on Vancouver Island, and then over to Vancouver itself, and a town north of that called Squamish, also considered Canada’s outdoor recreational capital. As I write I’m sitting on a train that is bound for Toronto. It is my fourth day on this train – we’re expected to arrive tomorrow at some point in the night. It is unusual to sit on a train for so long for people living in Canada – most would fly this journey. Canada is a big country with lots of space and I’ve found it refreshing to sit on a train and just ponder. The pondering is different than the pondering that gets done on a bicycle. 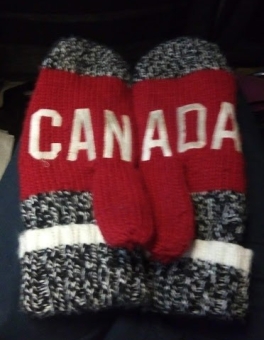 With regard to being open and friendly, Canada is no Mexico. Nevertheless, I have found people in Canada to be generally quite open and friendly relative to other places I’ve been to. Just the other day in Vancouver I was shopping for groceries for this train ride and a young guy that worked in the supermarket, recognising me from some days before, struck up a conversation with me. Whilst he worked and I looked for a can of chickpeas our conversation deepened quite considerably. It was a nice connection and I delayed picking out those chickpeas. Although perhaps an unusual place to connect with someone I have had a fair few accidental encounters in various different places since being in Canada. These sorts of random encounters give me a crude indication of the friendliness of a place. For me these connections are important because they tend to warm me to a place and its people, and gives me a happiness boost.

However, Vancouver, along with Toronto, is one of the least happy places in Canada. People living in cities are notoriously less happy than those in rural areas. Nevertheless, for a city Vancouver actually does pretty well. In a recent list of the best international cities to live in Vancouver was number 5, and Toronto number 16. The quality of life on the whole is very good relative to other international cities and many Vancouverites that I spoke to touted access to nature as being one of the most important factors for them living there.

Make no mistake, Vancouver is situated in a very gorgeous part of the world. It is a coastal city with a river running through and it is surrounded by high mountains. Vancouver also has an unusually large park close to the downtown area. I must admit though in the depths of the city it is very difficult to have awareness of this, and for the most part it is much like any other North American city, with its grid like structure, high rise buildings, lots of fast-paced people, highly visible poverty and destitution, and so forth.

What I soon grasped with Vancouver, and like Canada more broadly, is that whilst there may be an abundance of nature the reality is that it is very difficult to access that nature using a method of transport that doesn’t at the same time exhaust that nature. People drive, people fly, and the alternatives are few and far between. Outside the city public transport is limited, and any buses and trains will only take you to the centre of another city or town. Once off the bus you may just find yourself in a fairly unappealing traffic laden place, and still need your own transport to get into nature. Of course I had my bicycle, but then the roads here are for cars, and not at all cycle friendly.

Perhaps one could say that Canada is a big country, thus they have more hectares per person. Fortunately, things are not that simple – there are resources that a country like Canada does not have, and the issue of climate change is a global issue that everyone will be affected by and has the power to contribute to a solution.

This is why Canada despite the high subjective well-being and life expectancy ranks 85th out of 140 countries on the Happy Planet Index – a well-being list that factors in sustainability to the ranking. Although this is higher than the United States (108th) there are many more countries that are more resource efficient at generating higher well-being. For example, Costa Rica, a country I passed through on my bicycle has well-being (7.3) and life expectancy (79.1) that are comparable to Canada but obtains this by consuming 2.8 global hectares. The United Kingdom has lower well-being than Canada (6.9) but it comes in 34th on account of having a lower resource consumption of 4.9 hectares per capita, although even 4.9 is too high.

The reality is that we all need to be more like Costa Rica. “Pura Vida” – having a low consumption yet happy life. Costa Rica demonstrates that it is entirely possible. Fortunately, to live more simply is not really a sacrifice because beyond meeting those basic needs improved material standards don’t add as much as people often think it will to their well-being.

That’s not to say Canada isn’t a promising case study for happiness and well-being. Before I’ve talked about Canada being one of the leading countries in the well-being movement. There is the Canadian Index of Well-Being (CIW), for example, which is an exemplar national index of well-being. It was built over several years with dialogue at the citizen level – thus it has a democratic foundations and not a top-down process, as in the case of say Bhutan’s Gross National Happiness indicator or Scotland Performs.

The CIW has been constructed in a way that enables all the important well-being outcomes, which includes the environment, to be directly linked to policy. In addition, there is a strong sense of community in Canada – a country built on immigration, but also attempting to make some inroads into valuing their ancestral past and trying to right previous wrongs. Thus there seems to me substantially more hope in a country like Canada than many other countries that have a high level of resource use. Canada could well easily be like the United States, less happy, less healthy, more unequal, and even heavier on its resource use, but fortunately it is not. In many ways we also need to be a bit like Canada.