Latin America – what is it that makes you so happy?

Some might say that the people that live in Latin America are happier and more satisfied with their lives than they otherwise should be. The people that might generally say this are those that equate better material standards of living with greater happiness and life satisfaction.

Although there is some trend between material wealth and happiness and life satisfaction many countries in Latin America seem to do much better than the trend.

Take Costa Rica, for example, the citizens their reported in 2016 an average life satisfaction rating of 7.3 on a scale of 0 to 10, yet in 2016 there was on average less than $10,000 per person per year. The level of life satisfaction in Costa Rica is comparable to, if not better than, countries with much higher material standards such as Canada (life satisfaction: 7.4), the USA (7.0), the UK (6.9), and Germany (6.7).

Material standards are not so important. . .

As I’ve been cycling around Latin America these past 9 months I have a fairly good idea of why happiness and life satisfaction are comparatively high here. In fact, from all the research that I’ve carried out over the years, I had a pretty good idea before I even began my journey as to why that is. But nevertheless it has been refreshing to have left the academic world and spent some time with people and see first-hand what my research kept on suggesting.

Often much of the relationship between material standards of living and happiness and satisfaction with life is driven by other accompanying factors – good governance and democratic institutions, better health, and access to education, for example.

This is why a country such as Costa Rica can produce such happy citizens – Costa Ricans have good access to health (average life span of 79.1 years), education is universal, free and mandatory, there is relatively little corruption, and citizens enjoy a fairly high freedom to express themselves.

I’ve met some very happy people as I’ve cycled through Latin America. What strikes me is the togetherness of families, and the willingness for people to help one another. I’ve experienced that willingness to help first hand on so many occasions. Often I’ve been invited into people’s homes, sometimes eating dinner (once a home that housed four generations of a family), other times to stay the night.

In Latin America there is wealth but it is a different form or wealth than what I am used to – it is a richness in relationships, a wealth in community. And the research illustrates time and time again just how important social relationships are for happiness and satisfaction with life – whether it is the amount of time a person spends with friends and family or their willingness to help a stranger. 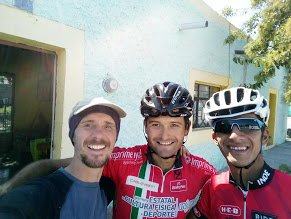 Cyclists met on the road

Four generations getting together on a Sunday 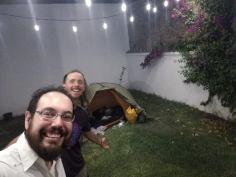 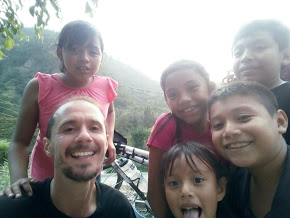 There used to be more togetherness in our communities – more trust – but something changed. Some might say we grew materially richer and along the way the need to relate to one another became less essential (though no less important) for daily life.

In Costa Rica many people end a conversation with the words “pura vida” which encapsulates a pride in the simple life – we don’t have much but we’re happy. Much can be learnt from Latin America when it comes to happiness.

***This post was part of a wider journey for happiness in which I cycled to Bhutan. You can read more about that wider journey here.